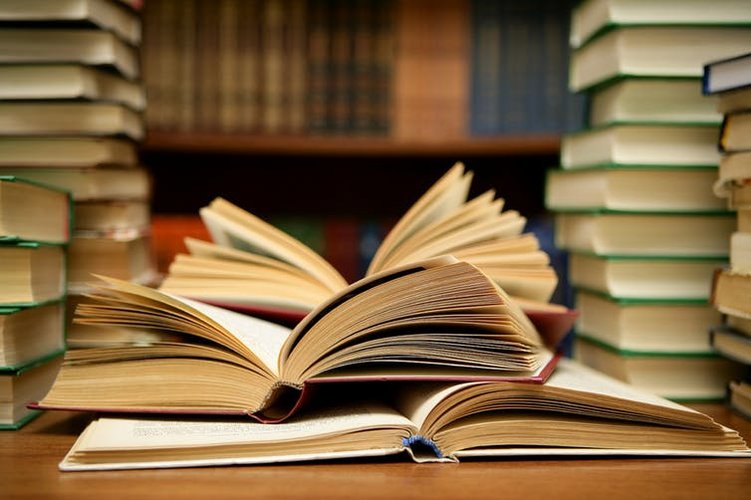 
“Neo-Banks – will they overthrow traditional banks ?” published by FinTech Istanbul, full text here
promoted in Turkish and translated in Turkish

“The Hidden Champion: The Value of B2B in FinTech” published by FinTech Istanbul,
promoted on LinkedIn

“iDEAL and the Future of Payments in the Netherlands” published by The Fintech Times, promoted by Worldline


Bitcoin – le bilan de plus de 10 ans, published – in French – in Africa FinTech Forum and Breaking Banks Africa, 15 January 2021.
Breaking Banks is the worldwide number 1 global fintech radio show and podcast broadcasts/streams live in the US on WVNJ and WGCH Radio (New Jersey, New York and Connecticut) and via Voice America’s Business Channel and a broad range of podcast download media. It has nearly 7 million listeners from 180 countries, with large audiences in the US, UK, Australia, UAE and Singapore. Reaching 180 countries. Breaking Banks is an international radio show and podcast with specialist channels for Europe, Asia and Africa.

“Open Banking – fundamentals, lessons learned, and practical examples” published by The Payers in “Global Mapping and Infographic of Key Players in the Open Banking Ecosystem”

How do we get from “here” to EPI? – published as Worldline blog
promoted on LinkedIn

“The digital identity assets that banks have are ripe for the picking” Worldline blog, Jan 2020
Re-published in Dutch by Banken.nl, the well-know national finance publication

Blog – with Head of Partnership & Alliances and Head of Strategy, Worldline – on the impact and possible consequences of Covid-19 on the banks, FinTechs and BigTechs.

“A single European Data Market is clearly the way forward” Worldline newsletter for Sibos on The European Strategy for Data, the Open Data Economy, importance of Digital Identity, Cybercrime. This will be read by thousands of interested people and is the highlight of the campaign, 1 Oct 2020

“A single European Data Market is clearly the way forward”, says @salmony about the new plans of The European Commission, which one may see as the next level after PSD2 and GDPR. #Sibos https://t.co/JixosGReyG pic.twitter.com/sb7XX6ErnZ 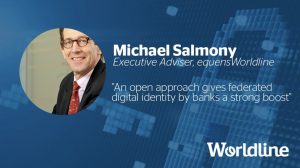 “PSD2 is the catalyst for the platform economy in financial services” (“PSD2 is katalysator voor platformeconomie in financieel verkeer”)
Interview in “EYe on Finance” (Dutch) distributed to 3000 senior managers and SB members in the Financial Services industry, June 2019
to be reused as eWL blog (English)

Interview with Ovum for Mastercard “Delivering on the promises of Open Banking” to explore the latest thinking around the impact of open banking on the financial services industry
“of all the interviews, yours was the most quotable”
June 2019

Interview with PSE Consulting as part of survey of 10-15 senior experts from global banks through to regulators, acquirers, processors, merchants etc. to obtain a rounded view of the opportunities in the Open Banking market
June 2019

The Age of Consent – The Case for Federated Bank ID
Expert comment in publication by Citi Bank, Treasury and Trade Solutions

Banks can save us from the online identity meltdown
re-published in Italian as “Le banche possono salvarci dal “collasso” dell’identità online?”

“What’s ahead in 2018: thoughts from the Editorial Board”, contribution on Identity “SSPP-Auth: How to solve the mess around Identity – with Banking” in a ’roundtable’ featuring members of the editorial board discussing 2017 in review and looking ahead to the potential issues/developments likely to surface in 2018
Payments & FinTech Lawyer, pp17-19, January 2018, Cecile Park Media

“The Future Use of Instant Payments – the real benefits, much beyond mobile P2P, especially for business”, published in BIT Banking and Information Technology, 1/2018, pp34-50

Banks can save us from the online identity meltdown
Published by The Payers which reaches 84.120 finance professionals monthly and generates around 185.100 pageviews globally
re-published on equensWorldline blog with tweets cited at SIBOS
re-published in Italian


“Opening up may be good for you”
Article on Open Banking for equensWorldline, February 2017
also to be published in Worldline magazine and newsletter

“The future use of Instant Payments – are we investing billions just to do P2P?”
JPSS Journal of Payments Strategy & Systems, Volume 11, Number 1, Spring 2017, pp. 58-77(20), Henry Stewart Publications
cited in “The Evolution of Global Instant Payment Infrastructure” by Juan Camilo Giraldo-Mora et al, Copenhagen Business School
republished as “The Future Use of Instant Payments – the real benefits, much beyond mobile P2P, especially for business”, published in BIT Banking and Information Technology, 1/2018, pp34-50

“Embrace the Changes”
joint interview with Wordline CEO and “Worldline’s internationally renowned PSD2 Programme Director, Michael Salmony” with the European Commissioner for Competition, Margrethe Vestager, on PSD2 and the EU Commission’s vision for the European financial market and the FinTech industry, Money 20/20 magazine, pp44-47, June 2017
published and tweeted about

“Blockchain technology for payments: a real game changer or a short-lived illusion?”
featuring M. Salmony, ING Head of Transaction Business, Spanish National Central Bank, BCG etc published in the March 2016 Newsletter of the European Payments Council EPC
cited by Prof. Krüger in “The spread of branch banking and the demand for cash in post-war Germany”, “Research on Money in the Economy” (ROME), ISSN 1865-7052, October 2016
cited Salmony as “The Victor Meldrew of Blockchain”
and in Cash & Treasury Management

“Blockchain – not for payments ?” in LinkedIn with 500+ views in first week and article about my text, and republished by Payments International, and Invited by The Telegraph’s Director of Programming for a filmed thought leadership interview on “The Digital Transformation”
Cited extensively (and wrongly) on “PSD2: The Ayers Rock of payments” in Banking Technology December/January 2016
Republished by FinTech Futures, January 2018 and InsurTech Rising 2018

Opening Up may be Good for You
in “Banking International” and “Payments, Cards and Mobile” and “The Payers” with Anuschka Diderich, Nov 2016

“Access to Accounts – why banks should embrace an open future”
in Finextra Research Survey “PSD2 and XS2A – Regulation or Opportunity?” published at EBAday, Amsterdam, May 2015

“Pan-European Peer-to-Peer Payment by Mobile Phone”
on Mobey Forum, the global industry association for thought leaders in banks and other financial institutions towards the future of mobile financial services.

“Why not shape the PSD2 disruption yourself?”
on Equens blog and tweet

Preview published as Editorial “The Concept of an Open Standard Interface for Controlled Access to Payment Services (CAPS)” in EPC Newsletter Issue 21 Jan 2014, cited by Springer publication “Transforming Payment Systems in Europe”, cited by Transactives – tweeted about byEPCA, Innopay and others

Published in e-Finance & Payments Law & Policy under “Access to accounts: benefits for banks of an open future”, vol 8 issue 5 pp12-14 May 2014 and online with slightly improved/updated content

also published under “Why Banks should embrace an open future” in
EQ Magazine, pp28-29, 2014

also published under “Controlled Access to Payment Services” in Equens’ European Blog, August 2014 and tweeted about

“Payments versus the automotive Industry”
in EQ Magazine June 2013, p 15 republished as “Why should we feel inferior to the car industry?” with a response by Prof. Penzel (ibi research) in Banking and Information Technology BIT October 2013 and republished by Equens

Back to top ↑
M. Salmony “Unleashing the Creativity of Clients – Innovation Process and Sounding Board”
and “The Bumpy Road to Mobile”
in Equens’ EQ Magazine July 2012
referenced heavily in Introduction/Editorial and CEOs Article
Reprinted in gtnews 7 Aug 2012 together with CEOs article under “How to Make Payment Pay” which came in the top 10 list of most read articles and was also the highest rated article in gtnews

M. Salmony “Why is the use of cash persisting? Critical success factors for overcoming vested interests” originally published in JPSS (see 2011)
Reprinted in gtnews 31 May 2012 with this CV and referenced in blog

Back to top ↑
M. Salmony & Bo Harald, Chairman European Commission Expert Group on eInvoicing “E-Invoicing in Europe: Now and the future” in Journal of Payments Strategy & Systems, Vol. 4 No. 4 Dec 2010 pp 371-380 edited by IBM, McKinsey, Universities and (international and European (Central) Banks) etc. for an audience of over 1,500 senior industry professionals in 67 countries from financial institutions, as well as central banks, financial regulators, service providers, consultants and corporate treasurers.
Cited in Master Thesis by Meng Tao, Dept of Business Technology, Aalto University, School of Economics, 2012
Cited by Hemandez-Ortega et al in Information Systems and e-Business 2012
Cited by Veselá at al in Procedia Economics and Finance 2014
Cited by Veselá, Radiměřský & Toulová, Faculty of Business and Economics, Mendel University in Brno, Czech Republic in “Aspects of Electronic Document Sharing” ISSN 2045-810X, 2015
Cited in “Aspects of Electronic Document Sharing” of International Journal of Sales Retail and Marketing Vol 4 No 5, Poland, 2015
Cited in “Onboarding customer companies to electronic invoicing platform–developing a marketing and a partnering strategy” in Journal of Information Technology Teaching Cases, Springer Verlag, 2017
Cited by Lucie Veselá in “FACTORS AFFECTING THE ADOPTION OF ELECTRONIC DATA INTERCHANGE”, Department of Economics, Faculty of Business and Economics, Mendel University in Brno, Zemědělská 1, 613 00 Brno, Czech Republic
Cited in “THE INFLUENCE OF ELECTRONIC INVOICE ON TAX COLLECTION AND TAX REFORM IN CHINA” by Zhang Bin and Wang Shuhua, National Academy of Economic Strategy, Beijing, China in Russian “Journal of Tax Reform”, 2017. T. 3, No 3. С. 158–169 ISSN 2412-8872
Cited by Benjamin Pessi in “THE IMPACT OF IMPLEMENTATION OF THE ELECTRONIC PURCHASE INVOICE SYSTEM ON A COMPANY” in Bachelor’s Thesis at TALLINN UNIVERSITY OF TECHNOLOGY, School of Business and Governance, Department of Business Administration, 2017
Cited by Liu and Xia, School of Management, Wuhan University of Technology, Wuhan, China under “Research on the Reform of Financial Reimbursement Process Brought by Electronic Invoice” in “Advances in Economics, Business and Management Research, volume 71” 2018
Cited by Olaleye and Sanusi under “The Need for Green Companies in Nigeria: A Study of Electronic Invoicing” in “The African Journal of Information Systems”, Vol 11, Issue 1, 2019
Cited by Ingrid Pappel in Master’s Thesis “IDENTIFYING BARRIERS IN E-INVOICING PROCESS TO INCREASE EFFICIENCY AND RAISE THE LEVEL OF AUTOMATISATION OF WORKFLOWS” at TALLINN UNIVERSITY OF TECHNOLOGY School of Information Technologies, 2020

M. Salmony & M. Krueger “Cash: in quest of an effective alternative to a ‘hidden foe’” published in Russian language in PLUS (Payments. Systems Cards.) Journal 5 (169), June 2011

see older publications, my patent, my thesis, diplomas I have supervised, where I have been cited etc.